The story begins at child birth as the reader experiences a very brief, merging of spirit and body, allowing them to imagine their own birth and opening opportunities to imagine what kind of animal spirit accompanies them.

As the girls approach their 10th birthday, they meet and become friends as they discover their wolf spirits while jump-roping.  The first verse of the ‘wolf song’ is introduced as the 4 characters meet.  A deeply influencing tragedy takes place once the girls have established their relationship with an old wise woman who lives on a corner that exists and does not depending on a point of view.  Hanna’s family is decimated and Margaret’s home burns to the ground.  The wolves, Nano and Nala witness the turmoil and realize their own imbalances and battles were causing disaster in the girls’ lives.

They girls meet again at age 20 and 30 in Wales and New York City.  In Wales, they are joined by Trudy who lands suddenly in the front garden and they spend the summer sitting along the river Wye, experiencing the truth of their imagination as they flex their spiritual muscles and discover new worlds in different time.  This reunion also reveals part of Trudy’s mysterious past in the same town, next to the same river, in the same farmhouse many lives ago.  The young women meet Rupert, Trudy’s mate who chooses to reveal his self to them in the present.  Hanna is confronted with the tragedy of her younger years and begins to learn the art of forgiveness, Margaret tells her story of insanity which oddly enough collides with the story of Hanna’s ‘Da’ – Jay, and his recovery.

At thirty the women are well learned and practicing, their spirit wolves, however, are not and are acting out in the physically, spilling karmic rights and wrongs into the present.

The finale draws the reader into battle, self to self, ego to heart and spirit to brain.  Chaos ensues on a public forum and the battle of darkness over light surrenders into a heartened peace prevailing.  This sacred silence opens them to gratitude which in hands them a ticket to forgiveness.

In the epilogue, Hanna’s true healing is unveiled as she includes “Da” in a family announcement which symbolizes her forgiveness. This final event implodes within the reader's consciousness allowing forgiveness through gratitude to be useful in their lives  as they anticipate the next installment of A Wolf Song.

Written in 3rd person from the viewpoint of a spirit wolf, the author has used several ancient shamanic story-telling tools while writing this story.

The sacred medicine twisted hair storyteller wheel  which has been used by most intuit nations in different forms over the years is a tool used for balancing, considering and discerning aspects of ones’ life.  It is also used as a story telling technique, of twisting the words into a horne of plenty. The direction of flow in the story , guides it from inception  in the South, the ordinary; the present physical situation, the energy then moves around the medicine wheel to then West where the emotional, dream like part of the characters, share their feelings, their fears, their love and the heartfelt intuition of the female often colliding with the directness of the dreams.  The story then proceeds directly across the wheel to the  East where it provides the opposite point of view, the adverse characters and intents which creates the friction towards transformation.  The spiral of transformation in the story then travels to the stars, the night, the aspirations and inspirations created so far.  Under the stars they are tested for their truth, in this juncture of the story, great battles occur, light against dark, dark stalking the light.

In the South. the story returns to the ordinary and the physical.  The battles consumed and the forgiveness of two tortured young girls and their spirit wolves  enriches the hopes and dreams  of each reader in a different way.  The struggle is analyzed from every perspective and each directlon the South of the physical, the West of the female aspect, the emotions and the change, in the east where the rationality and wisdom lives, the illumination that ascends the story to the North in Spirit, to the adult aspect  of by each character in the story, providing the audience again with teachings only shared amongst shamans.

A Wolf Song is a healing story of a multi-dimensional, dual life journey of tragedy, gratitude and forgiveness.  Its key characters Hanna and Margaret, coupled with their spirit' wolves, Nano and Nala, along with family members and teacher, Trudy Goodenough meet every ten years under Trudy's guidance and the wolves whims. 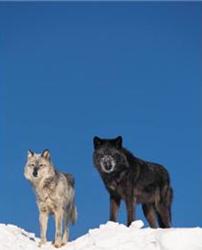 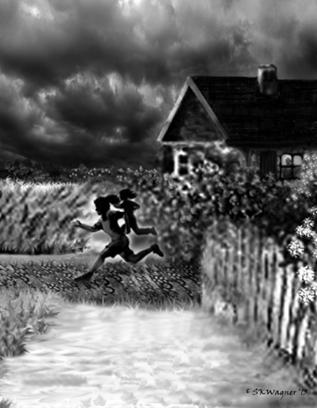 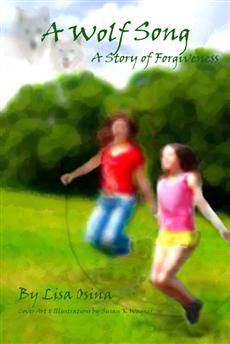